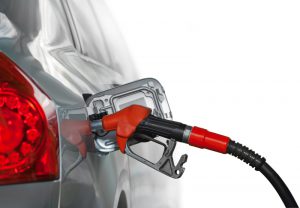 We press the rape plant seed in order to get two products: crude rapeseed oil and rape plant expellers (oilseed-cakes).

The process of production is divided into three basic procedures.

The rape plant seed PROCESSING runs in four presses with two-stage pressing. The first stage of pressing is always cold pressing, and then the second stage is cold pressing or warm pressing.

The technology of the two-stage pressing without heating offers careful solution of pressing and at the same time achieving a high oil utilization rate. During the pressing the oily seeds are not heated up too much and biologically highly-valued substances remain in them. At the same time, the oil pressed in this way contains only a small quantity of phospholipids which makes the following processing easier.

The technology of the two-stage pressing with heating offers the highest oil utilization rate. It includes thermic treatment of the seed before both stages of pressing to make the release of oil from the seed cells easier as much as possible. Heating seeds before pressing results in changes of cell structure properties, protein conversion and oil clustering on the level of cells. With the increasing temperature the viscosity of oil decreases significantly as well. The combination of these effects results in a significant improvement of the capacity of the rape plant to be pressed.

The maximum daily capacity of processing the rape plant is 192 t. The pressing shop works non-stop year-round with a summer and a winter shutdown of the machinery for about 14 days for the purpose of cleaning and technology adjustment.

THE DISPATCH is carried out by lorry transport but it is possible to use railway carriages as well. The rape plant expellers are transported from silos with the capacity of 276 t. The crude rape plant oil is stored in outdoor oil tanks with the capacity of 228 t. For the transport of oil, it is possible to dispatch separately only the oil from the first or second pressing and also to mix it according to the requested quality.